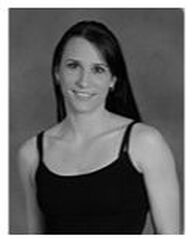 Lora graduated with a BA in Child Study from St. Josephs College. As a dancer Lora performed professionally as background dancer for the pop music group 98*, the Venga Boys and can also be seen dancing on the tv show JAM TV.  She has  performed at the Nassau Coliseum as a NY Dragon’s Firedancer (Cheerleader) and at the Meadowlands Arena as a NJ Gladiator Girl (Cheerleader) and has choreographed a NY Knicks pre-game show. Lora also performed in the opening ceremonies of the US Open under the direction of Pam Chancey and was a Principal dancer for the DHTW Modern Dance Company along with numerous other professional performances. Lora was a Regional and National Judge for Olympic Miss Dance Competition, Dance Arts Plus Dance Competition and That’s Entertainment Dance Competition. As a competitor Lora has won numerous "Grand National Champion" and Title awards. As a teacher she is very proud to have won several “Best Choreography" and “Best Costume" awards and her dancers have earned numerous overall and Title awards.  Lora has completed Dance Teacher Workshops by Dance Masters of America, Dance Teacher Magazine and Broadway Dance Center. Locally you can see Miss Lora teaching dance to the 3rd graders at Saw Mill Road School in Bellmore . As Director of Platinum Performance, Miss Lora is very proud that she still teaches a large amount of dance and acrobatic classes, ranging from beginner to the most advanced. Miss Lora is thrilled she can continue to share her knowledge and passion for dance with her students for over 20 years. 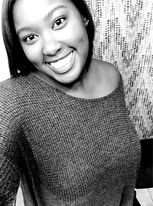 Jess started dancing at the age of 8. She joined Platinum Performance at the age of 16 as both a company member and a student teacher. By the age of 19, Jess achieved the status of teacher and choreographer at Platinum.  Her choreography has won National titles and numerous special judges awards. Jess was also the head coach of the Huntington Highsteppers, choreographing their jazz and kick routines at the Regional and National levels. Miss Jess's dancers have won numerous Titles and awards under her tutelage. She continues to study dance technique at Broadway Dance Center in NYC. She is currently working in early childhood services as a teacher for preschoolers under the autism spectrum. We are thrilled to have Miss Jess with us for over 10 years! 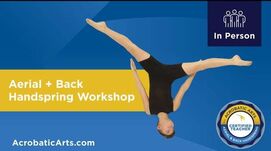 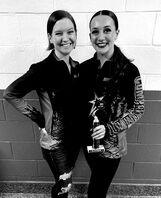 Kati has a BFA in Dance from C.W. Post College and was the recipient of the Post Concert Dance Company “Outstanding Senior” Scholarship.  Kati performed with the New York Based Immersion Dance Company. Ms Kati has been awarded many prestigious choreography awards for her outstanding tap rhythms.  She has had the privilege to work with great performers and Choreographers such as Merle Hollaman, Raphael Boumalia and Kanji Segaw of the Mark Morris Dance Company.  Not only is Ms. Kati a qualified dancer, but she is also a Graduate of the Dance Educators Teachers Training Course. We are thrilled to have Miss Kati with us for over 15 years!

​Brian received a BA in Communications and completed a BFA program in Dance at Adelphi University.  At Adelphi, Brian had the privilege of dancing works by Frank Augustyn, Orion Duckstein, Catherine Denisot-Lawrence, Maurice Brandon Curry, Leda Meredith, David Parsons, Paul Taylor, Martha Graham and Jiri Kylian.  He performed a featured role in Martha Graham's "Acts of Light" at the Joyce Theater as part of their University Partners Showcase.  Brian also performed with Patricia Kenny Dance Collection for two seasons and had the honor of participating in the "Inside/Out" series at Jacob's Pillow.  Brian has interned at USDAN Summer Camp for the Arts and was a member of their pre-professional company.  Brian has also choreographed for Holy Trinity Diocesan High School's dance program for the past three years.

Frankie started dancing at 4 years old and competing at age 10. She attended Long Island High School For The Arts where she studied ballet, jazz, modern, dance history and anatomy. She was on her high school’s kickline and dance team and became part of Platinum’s award winning competition team her senior year. She later went on to study dance at Nassau Community College. She’s worked for numerous entertainment companies dancing at events including bar/bat mitzvahs and sweet 16’s. Her favorite styles include lyrical, contemporary and jazz. She has been apart of the platinum family for over 10 years  and is looking forward to another great year!

Miss Julianna has danced at Platinum Performance Dance Academy for over 12 years. She has won numerous awards for her group and solo performances including Grand Champion and the Stellar Award. She is currently at Molloy College studying Childhood Education. We are so proud that Miss Julianna continues to dance and perform on the Molloy College Dance team. Her favorite style of dance is tap but she is excited to teach all styles of dance this season at PPDA. Her most recent achievement was "Inferno Grand Champion" for her choreography with the Copper Company Company in "Go The Distance"

Mr. Tommy has been Dancing since 2012 and Joined Competition in 2013. Since then, he has competed in numerous competitions winning multiple awards for breakdancing and hip hop. Since graduating he has moved onto becoming a teacher as well as becoming a dancer for multiple different entertainment companies. He is so excited to be here and to grow with everyone.

Miriam graduated from the University of Delaware with a BS in Human Services in Education. She was a competitive dancer at Platinum since she was 11 years old, during which time she won many high scores and special awards for her solos and groups, including Miss Beyond the Stars in 2018.  Growing up she was also a competitive gymnast and gymnastics coach, and then captain and choreographer of both the gymnastics team and dance ensemble in college. In addition, she is an NDA instructor, teaching middle and high school dance teams. Over the last few years, Miriam has led acro and tumbling clinics here at Platinum. Miriam is excited to be working with her students this year and to be back with her Platinum family!

Tricia is a graduate of the Stony Brook University theater program with a BA in theater arts and a concentration in dance.  She also holds her certification in early childhood education.  She has studied at a Broadway Dance Center and taken classes at numerous conventions and workshops during her 30-year dance journey.  Outside of the studio she is a competitive gymnastics coach coaching IGC levels copper 1 - Silver.

Sabrina is a season teacher. She has taught at various dance studios on Long Island for 10+ years. Sabrina’s passion for dance started at the age of two, she’s been at Platinum for 6 years. During high school she was on the dance team and danced during college. Sabrina graduated from  SUNY old Westbury in the business program. She has a high energy and is enthusiastic with the younger students. She has also won numerous high scores, Special awards, and continues her dancing at Broadway Dance Centre. Her most recent achievement was "Inferno Grand Champion" for her choreography with the Bronze Company in "the Rose"

Lindsay graduated from St. Joseph's college with her bachelor's degree in special and general education and is now a kindergarten teacher at Jacob's Parkway in Plainview.  She has been dancing for 20 years and has competed for 9. As a competitive dancer for Platinum Performance Dance Academy, she has earned herself many high scores and special awards. Lindsay also competed with her McArthur High School kick line and the award-winning St. Joseph’s college dance team. Her choreography has earned Regional and National titles, highest scoring group, and special judges' awards. Lindsay has high enthusiasm in the classroom and loves to teach. She looks forward to seeing her students each week and watching them progress throughout the year. 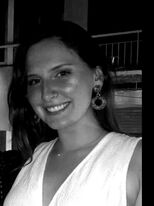 Devin Gaffney graduated from Pace University with a Bachelor’s degree in Spanish language. She is an alumna of Platinum Performance where she was a member of the company team for 6 years and helped her team win 3 national championship titles. Her favorite style of dance is tap but she is excited to teach all styles of dance this season at PPDA